By:
In: Lion's Journal, Punishment 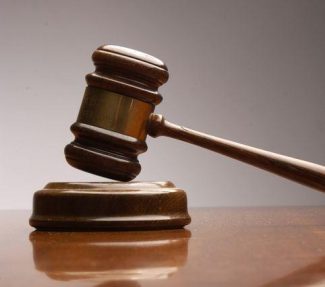 Mrs. Lion is truly taking charge on an organic level. I know, she won’t agree. She will say she does it because it’s what I want. Motive notwithstanding, she is exercising more and more control. Exhibit one is her post from yesterday. This is her first warning in advance about my behavior when we attend a public event. I will do my best to be on my best behavior. If I’m not, a paddle will greet me when we get home.

I can’t help but wonder that if I make one punishable comment, if I don’t have license to make more throughout the trip. My spankings are of no predetermined length or intensity. So far, there have been no pronouncements about multiple infractions before I am punished. Is making two snarky comments worse than making one? Even if Mrs. Lion says it will be worse for me, there is no way I can really know. There is no standard against which I can understand what “worse” means.

This isn’t something we’ve had to address before. There haven’t been any opportunities for serial offenses until now. At least, not such an obvious one. I don’t necessarily believe that we need some sort of punishment system that can handle situations like the one that could come up this weekend.

Mrs. Lion has avoided any discipline system. I get beaten until she decides I’ve had enough. That makes good sense. I get hundreds of swats, soft and hard before she finishes. It doesn’t support the ability to punish me for more than one offense in a single discipline session.

It could mean that multiple offenses require multiple punishment sessions; perhaps one a day until all offenses have been punished. That would be an effective deterrent for me. My point is that currently there is nothing concrete about retribution for serial offenses.

I only thought about this because going to the Star Wars movie provides such a tempting opportunity for comments whispered to Mrs. Lion. It’s not that I’m intolerant. I’m not. But some things are just funny to me. The same things are funny to others as well. The “Big Bang Theory” is one of the most popular comedies on TV because it pokes fun at exactly the same thing that make me laugh.

From the beginning of our disciplinary relationship, I’ve suggested adding some sort of system to punishment. I think Mrs. Lion and I are very different in how we approach things. I tend to be more interested in defining things. She, on the other hand, prefers to take things as they come up. There are pluses and minuses to both concepts.

Of course, only one of us gets a vote: Mrs. Lion.