This Can’t Be True! 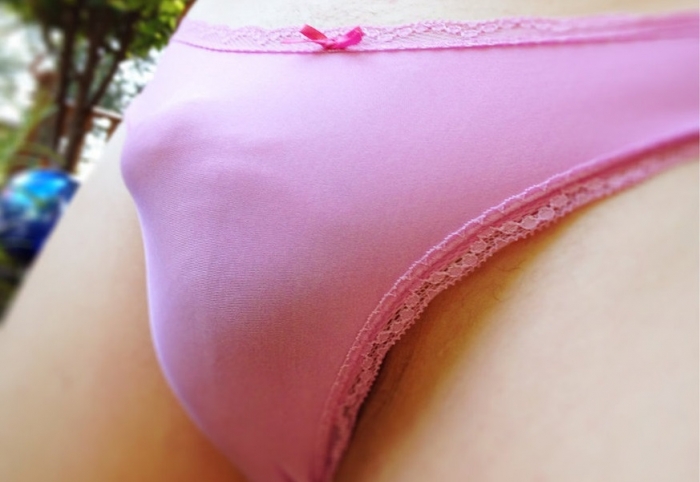 I spent yesterday in panties. Mrs. Lion has decided to start exercising control again; at least in terms of what I wear for underwear. I get the point and I appreciate that we’re getting back on track again.

Here’s the thing. Last night when I took my shower, there was some stirring south of the border. Maybe it’s due to it being the eighth day since my last orgasm. I would like to believe that, but I know it isn’t completely true. Could it be that being put into panties was what I needed? I don’t like wearing panties. I have no cross-dressing fetish. So it isn’t the female garb.

A few weeks ago, I had a similar problem with my penis being uncooperative. Then one day, I was spanked for breaking a rule. The erection appeared again that very evening. I’m not terribly fond of being spanked and put in the corner. Are you sensing a pattern? I am reluctantly seeing it too. Apparently, my sexual health is connected to feeling my lioness’ control.

If I were sexually submissive, I would be hot and bothered just knowing I submit to my wife. I have to admit I am aroused by being forced to do submissive things. Allowing myself to be punished or to wear panties is arousing. As I think back, just being locked into the sling also got me hard. There you have it. At least at this time in my life, I’m a bottom.

I need being put in panties or diapers. Punishment and humiliation are apparently required for my sexual health. If I am a good boy too long and allowed to wear my underwear, it looks like my libido takes a vacation. What puzzles me is that my positive reaction isn’t at the time I submit. It’s always later. I don’t get hard when I am about to be spanked. I stopped that a long time ago. I don’t get hard when put into panties or diapers, but later I am easily aroused.

Perhaps the cure to my sleeping libido is as simple as more frequent humiliation and punishment. Crap! I don’t like that prospect at all. Obviously, deep down I do.