I Married A Cock Tease 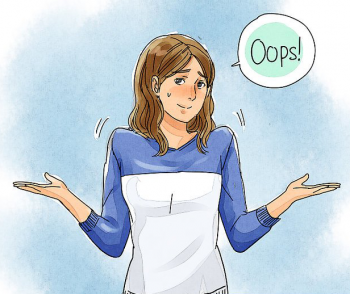 Cock teasing is a time-honored female hobby. At least, that’s what movies would have you believe. And in our case, teasing is the staple in our sexual diet. Being teased is what most often happens to me when Mrs. Lion pays attention to my penis.

I don’t think so. At least as far as I’m concerned, teasing is a process. It has a few phases. The first is getting my attention. By that, I don’t mean getting me to notice that my penis is being handled. I’m aware of that immediately. That’s not the same as getting my attention. Mrs. Lion has my attention when I stop thinking about what ever I was doing at the time, and focus on the fact that I’m being sexually stimulated.

Most of the time, this doesn’t happen immediately. At first, I may feel a little annoyed at the distraction. Or, I may believe that her hand will stop almost as quickly as it started and there is no need to be particularly aware of what she’s up to. If she persists and stimulates those spots she knows turn me on, within a short time (it can be as much as four or five minutes) I will respond. My penis will get hard, my breathing may get a little irregular, and Mrs. Lion has my full attention.

Phase two begins at that point. This is what I call the “con”. I may be hard and enjoying the stimulation, but I probably don’t believe there’s any real chance I’ll ejaculate. I’m having fun and feeling good. Phase two convinces me that there’s a real chance that I’ll be producing semen before Mrs. Lion stops.

I know that every time I get to ejaculate, there are generally quite a few starts and stops building my arousal. So, I’m not surprised if she gets me very excited and then stops. She’ll start again most likely. After a couple of these interrupted masturbatory massages, I begin to believe that she is building me up for the grand finale. Mrs. Lion is an expert at this. I believe it every time. She can tell when I’ve fully bought in. Sometime after that, we go into phase 3.

This phase is the “big sell”. This is when I get edged. The closer I get to actually having an orgasm, the more convinced I am that she will let me finish. Recently she’s taken me into excitement but not near the edge. My breathing quickens my heart beats faster and my body gets ready for a nice orgasm. Then she stops. It turns out, that being pushed right to the edge isn’t necessary to sell me the expectation of ejaculation.

“Oh, boy!” I think, she’s going to surprise me. Nope. It doesn’t happen. I end up with my erection bobbing in the wind with no way to finish. That’s the tease.

Since we are creatures of habit, teasing happens once a day, almost every day. It doesn’t happen more than once and it only happens in the bedroom. Too bad. What if Mrs. Lion played with my penis, let’s say, in the kitchen. Only, instead of the affectionate rubs, she persists and gets me hard. And, she convinces me I may ejaculate standing there next to the stove.

Aside from being a lot of fun, it would add a new context to teasing. This would be especially true if she picks other times when we are alone and not in bed to do this to me. Aside from being very exciting and fun, it also teaches me that I never know when I will find myself hard and panting.

I think we need to be more spontaneous. I know that we are both most comfortable with predictable patterns. Another example of this is that spanking always occurs in the bedroom. We have a paddle hanging on the side of the refrigerator ready to be used at any time. A few weeks ago, I did get a couple of swats from the kitchen paddle when Mrs. Lion noticed it hanging there. Years ago, I received regular, painful spankings bent over the kitchen counter.

We both enjoyed that. I think we will both enjoy outside-the-bedroom sexual teasing. Both teasing and spanking are expressions of our affection. I think they both serve to remind us to interact as a couple. Too much of the time, we are a loving couple who do things in the same place but not necessarily together.

I’m writing this on Wednesday. It’s been eight days since my last ejaculation. This is my longest wait in a couple of months. I’ve been wild the whole time. I’ve noticed that I get erections spontaneously with very little mental stimulation. This effect has been growing every day. I like it.

It doesn’t feel like a dry spell to me. The teasing feels more intense and I like experiencing full erections at odd times. Don’t get me wrong, I can’t wait until I get to ejaculate again. However, if there ever was a good time to try outside-the-bedroom cock teasing this has to be a really good one.