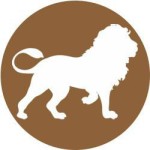 This came to mind when one of my Twitter followers happened to read the True Orgasm Control post and wanted to inform me that she saw a difference between male chastity and orgasm control. I  disagreed because trying to split pubic hairs about terminology is an Internet disease. To illustrate her point, she linked to a story (“Control“). It’s a bit of porn fiction about a newcomer to orgasm control being told to jerk off in a restaurant men’s room. The point, I assume, was that orgasm control has less to do with restricting orgasms than it does with controlling when and where the male has one.

I agree. Mrs. Lion has never been particularly concerned with how long I had to wait between orgasms. She makes me come when she feels the time is right. She has never changed locations. I always get off in our bedroom or on our massage tables. I don’t get to decide when. She is sometimes too much a creature of habit. Other than when she waxes me, I can’t remember the last time anything sexual happened before dinner.

Because this has been going on for so many years, neither of us considers this arrangement unusual. It’s the way things are. I’m happy with it and I will continue to have my orgasms when and where my lioness wants.

I like happy endings–both kinds. I’m a sucker for romcoms. What can I say? It’s just the way I’m wired. You might wonder what I consider a non-movie happy ending. Obviously, an orgasm is one kind. Another is a teasing session that ends in edging. Sometimes I prefer the orgasm variety. Often, edging is more fun. I like activity; sexual activity.

If you are a new reader, you may think that sounds very selfish of me. I didn’t mention happy endings for my lioness. She isn’t interested in them. That’s too bad because I love giving them to her. Back in the day, we had a lot of fun. I miss those times. Maybe that’s why sex isn’t as easy to get excited about. I love it when Mrs. Lion arouses me. I always start off feeling guilty that I’m being selfish.

Sex is like eating. If you aren’t hungry, it isn’t much fun. Eating to stay alive isn’t the same as savoring new dishes. After enough time with no sex goes by, I get hungry. I suppose that is when I would jerk off. I can’t do that. So I get frustrated and then lose interest. It’s usually pretty easy to get me interested again once Mrs. Lion gets my attention. That isn’t always easy.

More often than not, thinking about sex makes me sad. It’s like looking into the window of a good restaurant without having enough money to eat there. I don’t want to be unfair in the way I’m talking about this. I think Mrs. Lion assumes that because I’m the one who wants sex, I’m going to be responsive right away. She doesn’t seem to understand why I don’t want to ask her to do something for me.

That’s why the idea of controlled release is so exciting. After decades of jerking off anytime we want, we find ourselves locked into a device that won’t even let us get hard. This can be intensely exciting. If our partners play along and tease us, being locked up becomes even more exciting. We are strongly incented to keep up the game.

That’s what happened to me. Mrs. Lion kept me locked in my male chastity device full-time. She unlocked me every day or two for some teasing or an orgasm. Usually, she would jerk me off. I was never allowed to do it myself. When the session was done, the male chastity device was locked on again. After a while, this became routine. It was just the way things were with us.

Mrs. Lion is busy looking for new work. I’m writing away. Our farm is still a little disappointing. So far, our strawberries don’t seem too happy. A couple of weeks ago, we changed what we feed them. It’s hard to tell, but I don’t know that we are having a lot of success. Mrs. Lion and I are always in unexplored territory. We had to discover how to manage domestic discipline. We both came from spanking-free childhoods. It took a long time to get it right.

We did a lot better with male chastity. After a few months of adjustment, Mrs. Lion has been in full control of my orgasms for almost nine years. I haven’t masturbated for that entire time. I doubt I ever will again. I hope we will do as well with our crops as we have done with discipline and sex.