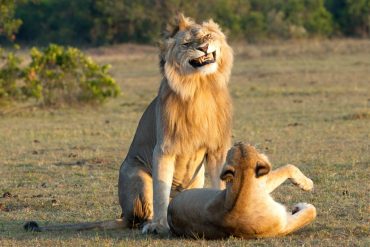 I’m hoping for a sunny weekend. So far, the temperature is in the high seventies. I’m afraid to look at a forecast. Our deck may be finished by today. I don’t want to jinx it, and the workers will have to speed up considerably, but my fingers are crossed. Aside from a run to Costco for the dog’s medicine, I have no idea what the weekend has in store for us.

Lion has a new toy to review. It’s a prostate massager. We could try it out. It’s been a long time since he’s had anything up his ass. I’m not promising anything. It’s just a possibility. I know he’ll be unlocked and played with at least twice. He’ll probably be spanked. It might not be because he’s committed any infraction. It could be a “just because” spanking.

Lion has a theory that I’m finally starting to enjoy myself ruling over him. I’m trying to keep an open mind. I don’t think I’m enjoying it. I do like catching him when he breaks a rule. And I like turning him on and edging him. I may be getting used to it more but I don’t think I like punishing him. When he first mentioned that I seem to be getting into it more, I told him maybe I’m just more playful. Maybe I can step into the role better at times. Maybe it used to bother me more to punish him and it doesn’t bother me as much now. I don’t know what it is, but if we stopped tomorrow, it wouldn’t be something I’d miss.

A long time ago, Lion said he’d be fine if we didn’t play anymore. We stopped, but it wasn’t long before it was obvious he wasn’t fine. From time to time he’ll make the same statement. He may think he means it, but I know better. He likes to play. He needs to play. I don’t have that same affliction. Nope. I think I’ve just reached a point that I realize I’m not really hurting Lion and the subsequent relief of knowing that may come across as enjoyment. He really wants me to do these things to him. I’ve known for a long time I had his permission. I guess I just didn’t want to believe it. Maybe all the recent spanking with bruised and bloody cheeks convinced me. Even though I’m hurting him I’m not doing the lasting damage I was afraid of. He’s not mad at me. He’s not going to get mad at me.

I don’t know how to explain it, but it doesn’t seem to me to be real enjoyment. At least, it’s not the same enjoyment I get from snuggling with him.