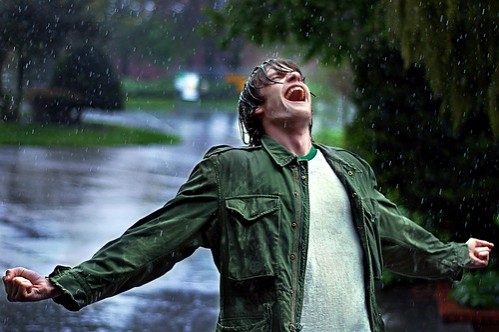 My dry spell ended as suddenly as it began. Tuesday night I found myself responsive to Mrs. Lion and got hard soon after she started playing with me. That, of course, isn’t unusual. However, when she masturbated me in earnest, my excitement kept rising and didn’t just stop as it has been. My arousal grew until I reached the edge and then Mrs. Lion stopped.

She soon started again and this time kept going. I had a great orgasm. It was as though all those days of being stuck never happened. I have no explanation for getting stuck and returning to normal. I tried to explain it by associating Mrs. Lion demonstrating control (making me wear panties one day and a diaper the next). But I don’t think that is the entire explanation.

I’ve gotten suggestions that the problem is hormonal and I should get a testosterone test. The fact that the problem had a sudden onset and an equally sudden end. That’s not how hormonal problems generally manifest. There are situational possibilities. I had a rather poor reception of a presentation. That’s a real possibility. We had retreated from our usually active play time. That could be a factor.

Maybe our involvement with male chastity and FLR makes us take things too seriously. Perhaps being under a sexual magnifying glass makes every little glitch look much bigger than it really is. It could be as simple as that. Who knows?

There’s no question that Mrs. Lion’s actions helped me. I’m sure of that. But it doesn’t feel like they clicked a switch. I may be wrong. Maybe the effects of her actions were so subtle I couldn’t feel a causal relationship. Regardless of what brought me back, I’m glad to be home again.