By:
In: Lion's Journal, Living with chastity
With: 4 Comments 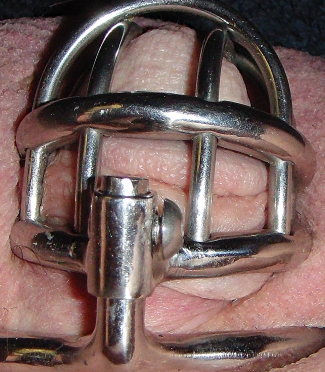 The entire idea of enforced male chastity is not something most men and almost all women ever think about. Imagine, using some sort of device to deny a man any sexual access to his penis. What sort of guy would want that? Me, for one. I do understand how absurd this concept has to appear to people who never heard of it before.

Until about fifteen years ago, it was exceedingly difficult and expensive to actually lock your penis up. The invention of the CB2000 started a tiny revolution. Practical, inexpensive chastity devices started becoming available. The expansion of the internet and Google, let guys discover this kink in the privacy of their own homes. That’s how I found it.

I bring all this back because I have been thinking about how things have changed for me. I started out by buying and testing devices. At one point, I found one that seemed wearable. Most pinched or hurt after only a few minutes. Anyway, I asked Mrs. Lion to lock me into it. I explained what I had been reading and imagining. It was the standard keyholder fantasy. Fortunately, over time, we worked out our own brand of enforced chastity. It’s been evolving for over four years.

I’ve always known that Mrs. Lion has kept me locked up because I wanted her to do it. As recently as yesterday, she made reference to that in her post. She made it clear that she was frustrated with my ambivalence about being locked up. She pointed out that I wanted to be locked up again, then I expressed happiness at being wild. She’s right. I can be ambivalent. I love how simple life is with no cage. Then, I miss the comfort of being locked up.

The truth is that the day has long passed when I just wanted to be locked in a device. After four years of being locked in one, I do miss it when it is off. But I also like being wild. What makes the big difference to me is how Mrs. Lion feels about me being locked up. In the past, I mentioned how I thought of my chastity device like a wedding ring; a symbol of my commitment to Mrs. Lion. That’s sort of true. But it’s not close to the whole story.

The strongest incentive I have to wanting to be in a chastity device is knowing that it means something to my lioness. I admit that I don’t have a real choice about whether or not I am locked up. That’s not what I mean. Wearing the device has real meaning to me when I know that Mrs. Lion really wants me to wear it.

I hope she has me locked up because having me wear a chastity device is of value to her. Yes, I know that part of the reason will always be because I asked for it. But I want the major reason for keeping me in the Jail Bird is because it does something for her.

The other night, and in her post yesterday, she said she likes me locked up because it makes her feel that I belong to her. I depend on her. I do, in a very obvious, physical way. I may be able to pull out of the device, but getting my penis out still leaves thecage dangling from my balls. I can’t get them out without being unlocked. The keys are in a safe that I can’t open. She has physical control over my (her) penis.

Over the last four years she had physical control. But she said that she had me locked because I wanted it. I knew that if I wanted to be wild again, all I had to do was ask. I had to be wild for my surgery and recovery. When I felt better, Mrs. Lion asked if I wanted to stay wild. I said yes. So, I remained wild until a few weeks ago. I let Mrs. Lion know I missed the cage, but I didn’t want to be locked in again unless she wanted me caged.

OK, that was a bit of a set up. She knew I wanted to be caged again. She agreed to do it. After a couple of weeks, she locked me up again. Predictably, I had some second thoughts; most recently last weekend. I was allowed to be wild because of the power failure. On Sunday, after the power was back, she locked me up. I expressed regret that I wouldn’t be wild again. She said I was going back in the cage because it makes her feel she owns me.

I’m not sure that’s completely true. I hope it is, but I’m skeptical. I know she wants me to be happy and she knows that I’ve always wanted her to feel that I belong to her. What’s a lion to think?