At Least I Don’t Have A Middle Seat 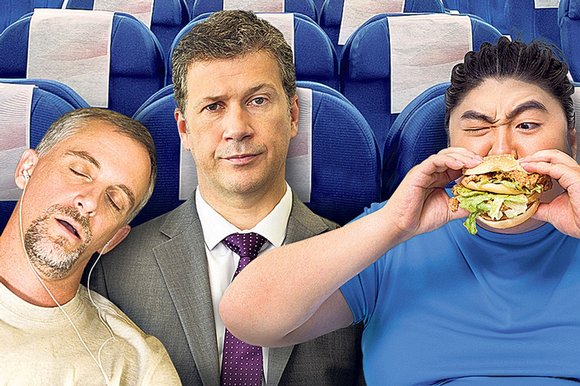 Neither of us have slept very well this past week. I’m hoping that trend ends this weekend. I’m heading out of town to (hopefully) warmer weather. I’m pretty sure that Mrs. Lion will send me off with a smile on my face. At times when sleep is missed, our interest in play naturally diminishes. I can’t say my interest in sex goes down proportionately.

But it does go down. I fell asleep last night while we watched TV. It’s something I don’t particularly like. I also don’t like the lost opportunity for some snuggling and teasing.

I’m not looking forward to another long flight on a full plane. I travel enough to hate being crammed in coach and not enough to rate first class  upgrades. Transcontinental fights used to be on wide-body planes with room even in the back of the plane. The food was good and was free. I don’t mind paying for a meal, but the quality of what’s offered is less than spectacular. Enough air travel whining!

Last week when I asked to be unlocked for the night, I hadn’t given any thought to asking Mrs. Lion to retire the chastity device. Based on one of her posts last week, apparently she thought I was asking to be permanently wild. She mentioned that years ago she said that if I want out of the cage, I would also give up all the other power exchanges we have. She went on to say that she no longer feels that way.

I want to be very clear. I was not asking to be released permanently. I was just having a bad night and didn’t want the distraction of the cage. If she had refused to unlock me, I would have been fine with that decision. She decided that I could remain wild since I was leaving on my trip in a few days.