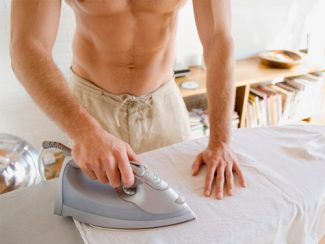 I’ve been thinking about our power exchange. There he goes! Lion is overthinking again.

Alas, right now at least, nothing gets Mrs. Lion wet except direct stimulation which she doesn’t want. How does she know what dominant activities to inflict on me?

I’m not complaining. But it does bother me that all this stuff is just for my benefit. It makes me feel like I’m just another chore like the laundry or making breakfast. They are done out of love and aren’t any fun for her.

One of Mrs. Lion’s favorite activities is playing games on her iPad. These games frequently have her sliding objects around on the touch screen. I asked her what she enjoyed about playing them. She replied that she likes the challenge and tries to go to the next level, and the level after that.

The same is true of hurty things. We have lots of toys for this game. The most extreme form is how many and how long can I take those tiny clothespins on the head of my cock. I hate them and never want to have them there. That makes them a very good game. Possibly, each sling session is a new start to the game. Keeping track only needs to include how long they were on and how many were used.

Hot stuff on my balls is another possibility too. She usually lets me out of the sling to wash the stuff off if I complain too much. Not letting me out too easily will give her a way to measure my progress at accepting pain from her.

I’m not suggesting that everything that happens when I’m restrained should be miserable for me. That would be extremely unfair; at least I think so. But then, who asked me?

My entire point is that this post has nothing to do with what I like or don’t like. It isn’t about what turns me on. I’m not asking Mrs. Lion to do more or less of anything.

I’m trying to offer ideas on how to make those play sessions more interesting for her, just like the games she so loves to play. I’m hoping she can find a way to want to get me restrained so she can see if she can get to the next level in the hurty game. It’s a chance for her to do something that’s for her pleasure, not necessarily mine.

What I get out of this is much more than learning to handle more and more discomfort. I get true engagement from Mrs. Lion. I’m not the only reason she straps me into the sling. She’s booting up her Lion game.

Uh oh, now no one is getting turned on.