By:
In: Lion's Journal, Orgasm denial 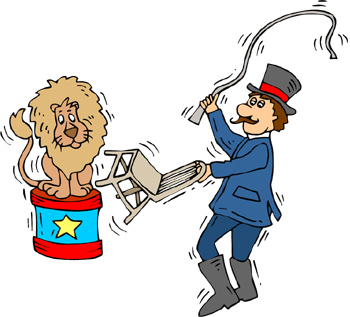 Today is the 21st day since my last orgasm. It’s one day short of the longest wait I’ve had. I know, big deal. Well, it is for me. For one thing, it’s taught me something useful about myself, and perhaps all other males.

My recent experience is that I am not given the opportunity to ejaculate, but I do get very frequent stimulation right up to the point when my body will take over and eject semen. This has been going on for three weeks now. My experience and its effects are not documented by the scientific community. Other males who are in a similar situation as I have reported that they encourage their partners to extend their waits. Delaying orgasm for weeks or months seems to be almost a sport for them.

It’s true from a reproductive perspective, that I should want to ejaculate each time I am aroused. My biological imperative is to ejaculate into as many females as I can. My social imperative restricts the biology to my mate and no others. The fact remains that my mind and body have spent a lifetime conditioned to seek ejaculation, not just arousal.

When I started enforced chastity, I learned that most of my sexual experience would not lead to ejaculation. Edging is a standard part of orgasm denial and control. That’s fine. Each time Mrs. Lion took me to the edge of ejaculation, my desire to complete the act grew stronger. I even got grumpy after too many days of non orgasmic teasing. I was chomping at the bit for her to just go a little further and let me come.

I never imagined anything would change that need, no matter how long I had to wait. In fact, I thought that after a couple of weeks that I would be humping the furniture. My sexual goal has always been ejaculation. In one sense, being left hanging meant active sexual frustration long after Mrs. Lion found something else to do. This was exactly the case for me until the end of the second week.

At that point, I remained very interested in sexual contact with my lioness, but had lost interest in ejaculating. Yes, in the heat of her pushing me closer and closer to the edge, I wanted to ejaculate. I humped her hand, panted, and wished she would go too far and I could finish. I would have been happy if she stopped just after I got over the edge. I would ejaculate! That’s the goal.

OK, that seems pretty normal. But then, after she stopped, leaving me high and dry, in a few seconds my interest in coming disappeared. I was breathing hard, erection standing tall, but completely happy with the experience. I was relaxed, and if not satisfied, comfortable. It was fine with me if my chance to ejaculate was delayed as far in the future as Mrs. Lion wished. All I wanted was those daily teasing sessions.

This is a different sort of loss of sexual interest. It’s the state that lets guys suggest they come very infrequently. The orgasm isn’t the goal any longer. For some men, just being able to sexually stimulate their partners is enough to make them feel the way I do after teasing. Apparently, when male sex is separated from ejaculation there are lots of acceptable alternatives to the old norm.

It’s a matter of training. Once, and apparently only once, when a man is repeatedly teased and prevented from ejaculating for some period of time, he will disassociate ejaculation from sexual pleasure. How long must this dry spell go on? I’m sure if varies widely from one man to another. In my case it appears to be a little over two weeks.

That doesn’t mean a guy can be locked in a chastity device, teased a few times a week, and left to stew without ejaculating right from the start. The training has to begin with learning how to accept that teasing without reward for some time, then get to ejaculate.

I think that in my case, over four years I learned it was normal to come every six or seven days. My mind and body fully accepted that most of the time I would be teased to the edge of ejaculation, but not allowed to actually come. It became part of my life. Then, when Mrs. Lion decided to increase the wait for ejaculation to over three weeks, I was unhappy but not too upset. I have been trained to wait. This latest wait is long enough to trigger my loss of interest in ejaculating.

I’m not saying that a guy has to be edged for three or four years before he learns to separate ejaculation from sex. I’m certain it can be done in six months, maybe less. While I can’t say for sure that my recent experience is typical, my reading leads me to believe it is.

Here’s an interesting question: Will I ever return to desperately wanting to ejaculate, if Mrs. Lion returns to giving me orgasms every few days? I wonder if once learned, this new behavior is permanent. Will I enjoy the edging, but like now, be satisfied to not ejaculate? Or, will I return to my former state of increasing desperation for release?

I don’t know. I suppose I’ll find out a few days after my next orgasm. I’m in no hurry to find out. What do you think about all of this?