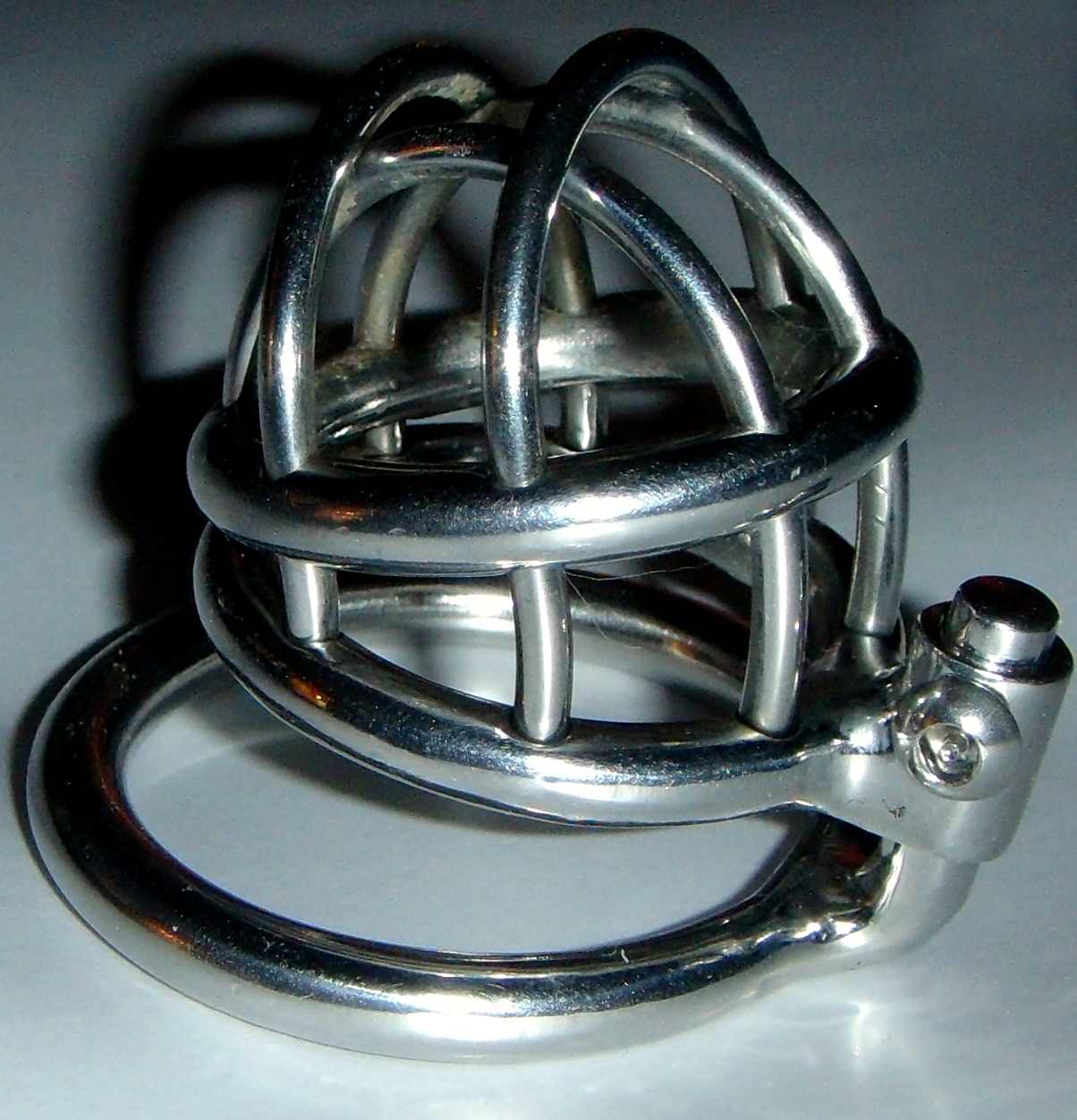 While I was helping Mrs. Lion prepare breakfast yesterday, I noticed that we had purchased “free range” eggs. We normally buy whatever is cheapest in the warehouse store. This time they were free-range eggs. I commented that I was free range too. I’m still uncaged. Mrs. Lion gave me that look and said that could change at any time. The Jail Bird sits on my nightstand always ready to take its place locking up my cock. So far it’s gathering dust next to my alarm clock.

I have mixed feelings about being wild. On one hand, I like the freedom and my ability to stand up and pee. It will also make using the gym easier. As I’ve written before, I’m not tempted  to take advantage of my access for unauthorized playing. It surprised me that I’m so well trained. There’s nothing like 3 1/2 years of constant lockup to wash those nasty thoughts away.

Mrs. Lion has no immediate plans to lock me back up. In fact, she’s repurposed the cage into a punishment tool. Her plan is to lock me up without release for varying periods of time as punishment for breaking rules. A shortened sentence should be no worse that my former full-time lockup. It wasn’t unusual for Mrs. Lion to skip a day of teasing, leaving me caged for two days without a short release for edging.

I have to admit, I started to get antsy after no teasing for two days. On rare occasions when one of us was sick, I would go three days without teasing. It wasn’t the worst thing in the world. There was only one occasion way in the past, when Mrs. Lion told me I would stay locked without teasing because I broke a rule. After that, she never used withholding of stimulation to punish me.

It isn’t having to be caged again that would bother me if I’m locked up for punishment. I’m comfortable in the cage and very used to wearing it 24/7. I’m very sure that lack of sexual contact would bother me eventually. I suppose that leaving me wild and withholding stimulation would have the same effect on me. But I think that the cage underlines my helplessness. One of the main attractions of being locked up was my absolute loss of control over my penis. Once locked up, it’s useless for anything sexual, even an erection.

That’s the cool thing about bondage of any kind; it removes choice. And that’s the source of my mixed feelings. I like bondage. I liked being locked into my cage. I wasn’t very fond of the inconveniences it brought. Since my surgery, the cage would have made things much more difficult for me. We tried. It was painful for me to put the base ring on. Mrs. Lion has me do that. She handles the cage.

She decided that since getting that ring on and off was so difficult for me, it wasn’t time to go back into lockup. Now that I am sufficiently recovered to get the ring on, she’s decided that we would see how we do with male chastity and our restored intimacy without the cage. Make no mistake, I haven’t regained sexual control. Mrs. Lion is the only one who can edge me or give me release. In that respect things are going on as usual. The only difference right now is that we’ve removed the hardware.