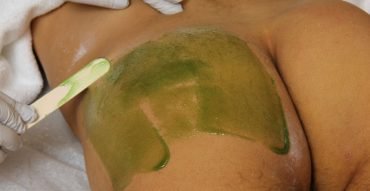 We made it out to the store and dinner last night. It’s only Lion’s third trip out of the house since he got home from surgery. He says he needs to do it more often so he can be ready to go back to work. Okay. Maybe we’ll head out again this weekend.

He hasn’t been much interested in sex since his orgasm the other day. Well, he’s been interested, but nothing has come of it. I’ve suggested that he should be unlocked before his shower so I can wash my weenie and get the blood flowing to all the pertinent areas. Maybe then we can test out the newer Fleshlight.

As you can imagine, Lion is getting somewhat furry. It’s been over a month now. He thinks he can make it downstairs to the waxing area. I remain unconvinced. However, the table is portable and it wouldn’t take much to bring the wax and supplies upstairs to get rid of some hair. We’ll probably just start with a naughty bits waxing. That shouldn’t take too long or be too tiring for either of us. And I think it’s actually where most of the hair has grown in anyway. The base of my weenie tends to get furry first.

People at work have asked what my plans are for Easter. I tell them I have nothing planned. I wonder how they’d react if I said I’ll be busy giving Lion a Brazilian?