The Pilot Light Went Out 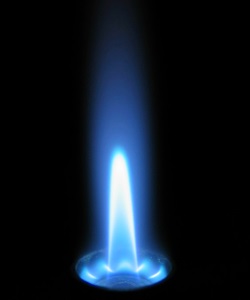 Saturday went by with no real activity. We stayed in bed and I snoozed for a while. Mrs. Lion told me when I woke from my nap that she was going to blindfold me. Why? No answer. This was less than an hour before I had to finish making dinner. I don’t understand the timing. We had all day.

I surprised myself yesterday afternoon. I began dozing and felt an erection stirring. Maybe there is something to the idea that a ruined orgasm doesn’t force a full refractory period. I think this has to do with the amount of semen produced versus the amount that got stored in the base of the penis. Not too much semen dripped out last night. Maybe I have some left. One can hope.

For me, at least, the biggest problem with a ruined orgasm isn’t the fact that I didn’t get to enjoy the full orgasmic experience. It’s that having one screws up plans for other activities. This was certainly true on Friday night. Mrs. Lion was trying to warm me up for the big finish later in the weekend. That’s the real loss.

My ruined orgasms aren’t planned. They’re always accidents. As such, they always spoil activity planned for later. Since we haven’t done much at all in recent weeks, my last three orgasms were hand jobs and two of them were ruined, I’ve lost much of my sexual enthusiasm. This isn’t Mrs. Lion’s fault. She works hard to make me happy. We just have to find a way to ignite my pilot light again.