Said The Spider To The Fly

By:
In: Lion's Journal, Male Chastity 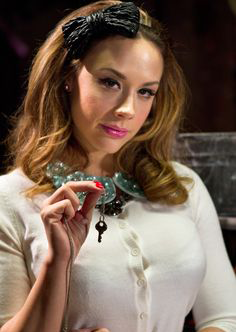 To my surprise, there really are women who want to initiate enforced male chastity with their partners. After my post yesterday, another woman came forward. Her husband is resisting wearing a chastity device. I’ve been sure that only men wanted to be locked up. I’ve said that women don’t initiate caging their men. I’m wrong! Boy, am I wrong. So, in the interest of promoting enforced chastity, here are some of my ideas on how to entice him into your cage.

He will slip. You have to punish him when he does. I’ve written a lot about punishment. You can read those earlier posts if you want our take on this. The point is that you are attaching consequences to sex that doesn’t come from you. Keep showing him the cage as a good way to avoid the discomfort of being punished. Don’t push it. His imagination will do the heavy lifting.

Before I go on, I want to remind you that any off-the-shelf chastity device you (or he) purchases will most likely not fit correctly. Wearing it for more than a few hours could be painful. Obviously, you don’t want it to hurt to wear. If he complains wearing the device hurts, take it off and inspect where he is being irritated. Chances are that the base ring will be too tight. In any case, encourage him to partner with you to find a device he finds comfortable. Use the discomfort as a way to recruit his help in locking him up.

There’s another very powerful incentive for him to let you lock him up. Put the device on him “just to see how it looks”. Once on, take his hand and let him feel how the cage affects you. React strongly to his touch. You don’t have to act to do that, I’m sure. Of course, remove the cage after this very short session. He’s starting to associate your arousal with his chastity. It wouldn’t hurt to give him a nice oral release after you unlock him. You get the idea.

Another key strategy is to let him know you are willing to agree to a trial period. Mrs. Lion and I did this when we started. We agreed that I would remain caged for three months. I would not have the option of getting out until that time. When this trial period ended, I could decide to continue or quit. You can agree to just a month. But it will probably take more than that to get a comfortable device. Mature Metal, who makes the Jail Bird I wear, takes about six weeks from order to delivery. We ordered mine after the first month. The device arrived shortly before my trial period ended. I agreed to stay locked.

It takes time to train a man to give up control of his penis. Mrs. Lion and I have written many posts on male orgasm control. Here is one that gives you an idea about edging. I suggest that in the beginning of your orgasm control, you give him frequent opportunities to ejaculate. Be sure that you provide the stimulation. He has to learn that you are his wish granter and pleasure provider.

This is a device I got for $28.30 USD. It was a pretty good fit. The key is to assure you have the right diameter base ring. You can order a set of plastic rings from Mature Metal for $20 USD. One last tip. The device should be short. The shorter the better. A soft penis easily fits into a very short cage. The width of the cage should be about 1/4-inch narrower than his flaccid diameter. Oh, one more thing: throw away the pointy insert. A cage is about comfort and your control,  not pain.