By:
In: Female led relationship with discipline, Lion's Journal
With: 2 Comments 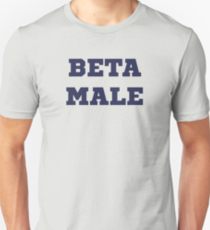 Everyone who writes about alternative sexual activity gets “How could you…” comments. Until now, I delete them. No more. Unless they are filled with biblical references or inappropriate attacks on specific sexual, racial or religious groups, I decided to share the hate with you.

I’m fascinated that someone who is so clearly offended by my lifestyle would not only read posts, but comment on them. I realize that some people love to read so that they can charge themselves up reading about people clearly inferior to them. If you want to know what I am reacting to, read the comments after the No Soap post.

There are two questions that I think bear considering: Why would I want to let myself be disciplined like a child? Why would I give my wife authority over me?

They’re big topics. Generally, we all shrug them off with vague mention of “submissive” or “BDSM scene”. I think both are superficial and beg the same question. No matter how you label the activities, I have done something that is shocking to the average person. The reason is very simple: Most people spend their lives struggling to be independent. Submitting to another is the last thing on their minds. If you add in the idea that in addition to allowing someone else to have authority of you, you also consent to them painfully punishing you if they don’t like your behavior, there is no way they can even imagine any sane person doing that.

I’ve observed that every objection to our lifestyle refers to my surrender. They don’t even mention how perverted it must be to have that power over another. Weird. Isn’t it just as perverted to be the spanker as it is to allow being spanked?

[Mrs. Lion – Actually the commenter did ask if I get some sexual satisfaction out of spanking Lion. I really think he only read enough to be outraged. Had he read more he might have gotten the answers he was looking for. In fairness, I find myself shaking my head at other blogs and articles, wondering why people do what they do. Or, more accurately, do they really do the things they say they do?]

Are people who object to what we do, hypocritical? They dream of participating in the same stuff we really do. I don’t think so. The objections cover a much deeper fear.

Allowing yourself to be subject to another’s authority is frightening. That’s what’s really behind the “How could you…” questions. Mrs. Lion can control my behavior. She can forbid me from watching football. She can enforce that ban by painfully punishing me if I disobey. For the record, we are both football fans and she would never do that unless it was a punishment. She can order for me at a restaurant. She requires me to be naked at home. She is in control.

That frightens a lot of people. Men fear the childlike loss of control of their lives. Women fear that their authority will drive their men away. Or, they worry that they will hurt them. It takes a lot of courage to create a 24/7 power exchange. We have one. Yes, it is consensual. I can end it. But I won’t.

Punishment is the most graphic symbol of our power exchange. The real surrender is my obedience to Mrs. Lion. It’s not out of fear of punishment; though that is in my mind when I consider any rebellion. It’s out of my conscious decision to obey. More importantly, I continue because I’m happier and our bond is stronger because we have a clear agreement as to who is in charge.

I know what you are thinking, “Would it work if you were in charge, Lion” I am sure it would. But I have a very important reason why I want Mrs. Lion to remain dominant. I believe that her role allows her to think of herself as important and worthy of attention. Too much of her life was spent with people ignoring her wishes. She learned to stop telling anyone what she wanted. She still doesn’t always tell me. But I am convinced that as she takes her role to heart, she will feel free to let me know what she wants for herself.

The other day, I wrote a post about the one thing that says you are in a FLR. Mrs. Lion always reads and corrects my posts before they’re published. No, she doesn’t censor me. She copy edits. After she read that post, I asked her the question:

Me: “Do you think we are in a female led relationship?”

When I think about it, the progression is very understandable. It starts with my fantasies about FLR and being spanked. Mrs. Lion sets some simple rules that assures I will be frequently punished. We develop a rhythm of offense and punishment. If you will, this provides the tempo for our nascent power exchange. Over time, we both accept our disciplinary relationship as a natural part of our lives. That’s where we are. Mrs. Lion accepts that she is truly in charge.

The next step is when she seriously takes charge of an area of my life that I control now. One, that she started before my surger, was control of my weight. We had a spread sheet with weekly weigh-in’s. No weight loss resulted in a punishment. It worked. I hope we start again. However, there is a next step for that too: It’s direct control of what I eat. Our old system depended on me making all my food decisions. The next step is asserting control of what I eat and how much.

That will be difficult for both of us. Imagine going out to dinner and Mrs. Lion changing my order because it is too caloric. Julie wrote about an adventure that was triggered by her changes of what her husband ordered for dinner (You can find it here). I think the next phase of our FLR is active control.

Currently, we have reactive control. I am free to do what I want, but if I break a rule I get punished. Active control is making decisions for me that help me obey rules. The center of FLR is obedience. Active control is exercising authority that requires real-time obedience. My weigh-in may be six days away, but my mandated weight loss program requires me to make the right food decisions. Mrs. Lion can help me learn the right decisions by directly controlling what I eat when we are together. Any “mistakes” when we aren’t together will be revealed at the weigh in.

I think active control is the most advanced form of FLR. We may be ready to try some of that now. Are we, Mrs. Lion?