It’s More Than Carrying a Bag 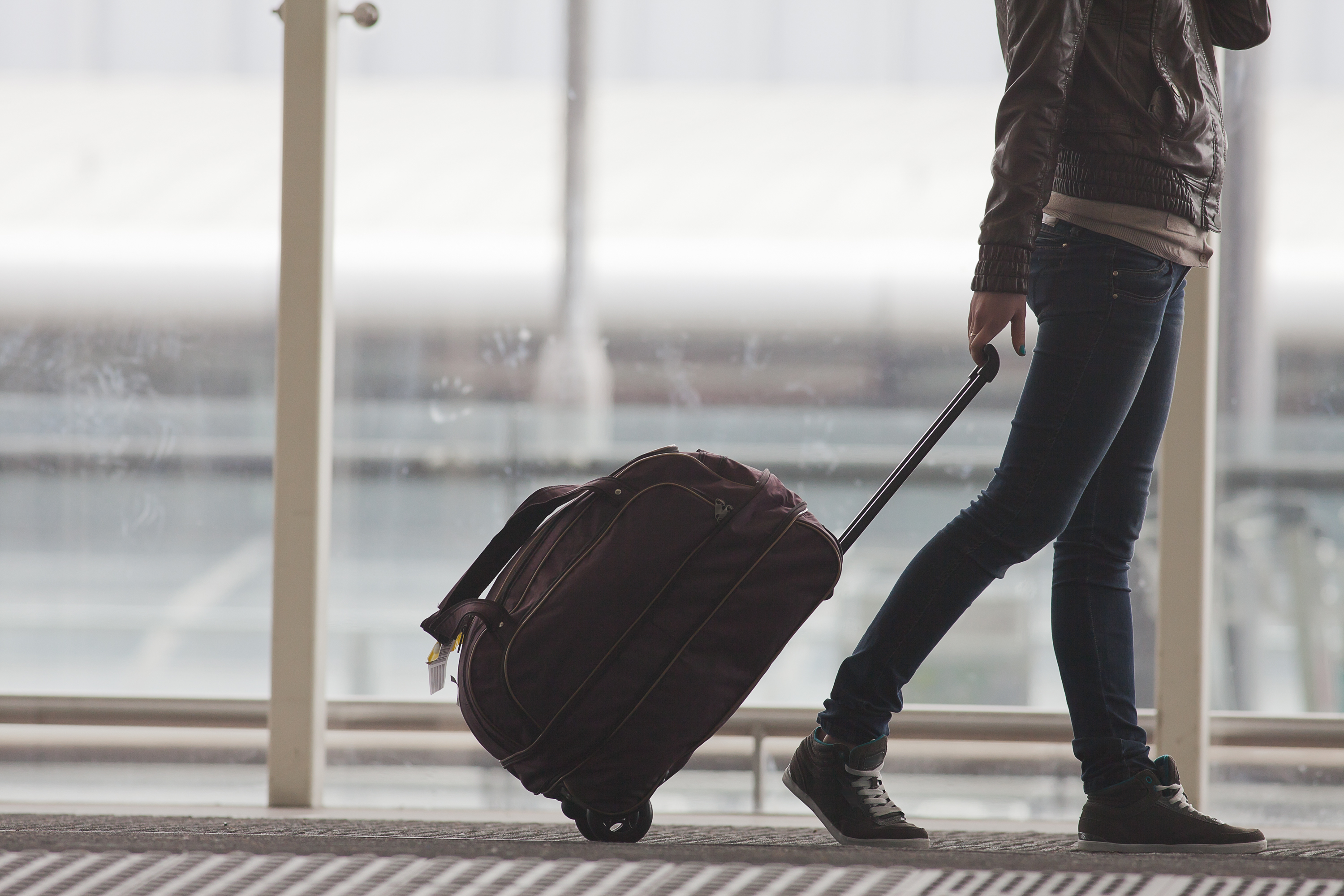 My post yesterday did not mean that Lion was happy to see me because he didn’t have to carry his bag anymore. That was a part of it. I was showing the difference between us and the couple in which the wife was struggling with four bags while the husband failed to help. I wanted to help Lion. I waited for his bag at baggage claim so he wouldn’t have to. I would have carried his computer bag even if I hadn’t retrieved his suitcase first. My point was that I did those things out of love. In contrast, we didn’t have the jump-in-your-arms greeting of the younger couple. That doesn’t mean we weren’t happy to see each other. Trust me. I’ve had airport reunions with the ex that were nothing more than a limo driver waiting for a fare.

There were two things I left out of my post yesterday because they didn’t really fit in. One is that I noticed a stain on Lion’s shirt which is a punishable offense. When I pointed it out to him he said it’s difficult to eat on an airplane. Fair enough. I still reserve the right to punish him for it in the future. The other is that for some reason I was on the verge of tears when I was waiting for him and when I saw him. Why? I have no idea but it continued yesterday and into today.

At first, I thought maybe I was tired. We don’t sleep well when we’re apart and now that we’re back together we’ll both feel better. I can’t explain why it was happening yesterday or even today. I don’t normally get all weepy. It isn’t anything Lion is doing or not doing. I don’t think it’s really a reaction to Lion’s homecoming even though it corresponded with it. But maybe it is.

He was traveling quite frequently before his surgery. Then he was home for about four months as he recuperated. It seemed like a normal enough drop off at the airport when he left. I was as excited as I always am to pick him up. It was the normal length of a trip. Nothing really out of the ordinary except for the length of time between trips. So then what’s going on?

Sometimes Lion knows when something has happened or is about to happen. He’s creepy specific about it at times. I have similar feelings. I can never put my finger on it, but I’ll feel that something good or bad (I’ll know which it is) is going to happen. I can’t say, “John’s baby was born.” Lion can do that. I just know something is coming. Whatever is coming will be good. I don’t know how good, but good. Maybe it stems from Lion’s trip which is why I didn’t get the vibe until I was at the airport.

Whatever’s going on, I’m very happy that Lion and I are in the same time zone again. It’s always better when we’re together.