The End is in Sight

By:
In: Edging, Mrs Lion Comments 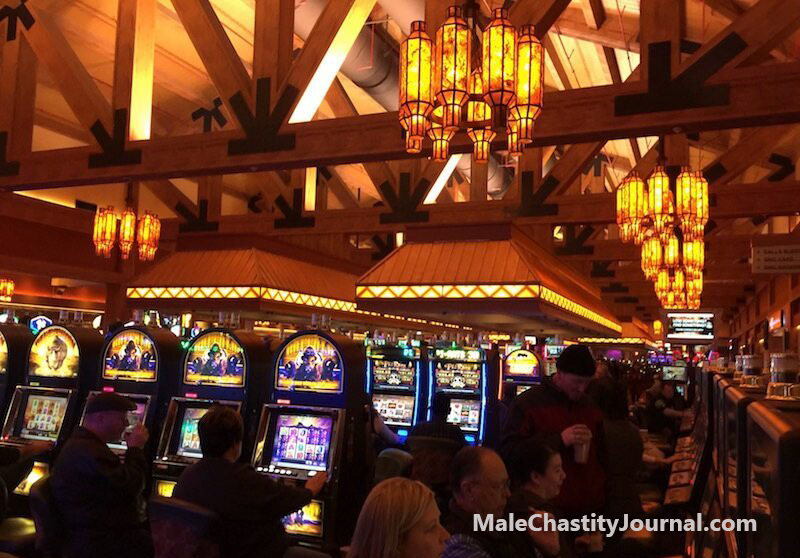 Yesterday, in my post, I said we had a lot to do including edging and going out for the night. When I was done writing, I changed our bed while Lion vacuum-sealed some of the food we got. Then I vacuumed the bedroom to help with Lion’s allergies. It was about 4 pm. I gave Lion the option of staying home to play in the sling or go to the casino. I didn’t think there was time for both. He immediately listed off different ways we could accomplish both. Not so much. We went to the casino.

Several years ago we were going to a casino every weekend and sometimes we’d go to the closer one a few times a week. Lion usually holds his own over the course of the night. Sometimes he comes out ahead by a bit. I can probably count on one hand the number of times I come out ahead. We’d stay well past the point it was fun for me. When we were going so often, it stopped being fun very quickly. At any rate, last night, and I think it was last weekend, were fun enough. If it becomes another weekly thing I think it’ll get boring again.

We are now heading into the third week of Lion’s wait. He’s made it to 21 days only one other time. (He considers the 22-day wait surrounding his surgery as his longest wait. I contend it doesn’t count because he didn’t care anything about coming for most of it.) I don’t really think Lion will lose interest any time soon. It may not happen at all until we reach some ridiculous wait of well over a month. Does that mean I’m giving up my experiment? Nope. Not yet. At the very least I think we owe it to ourselves to make it to a real 22-day wait. Maybe more. But not much more.