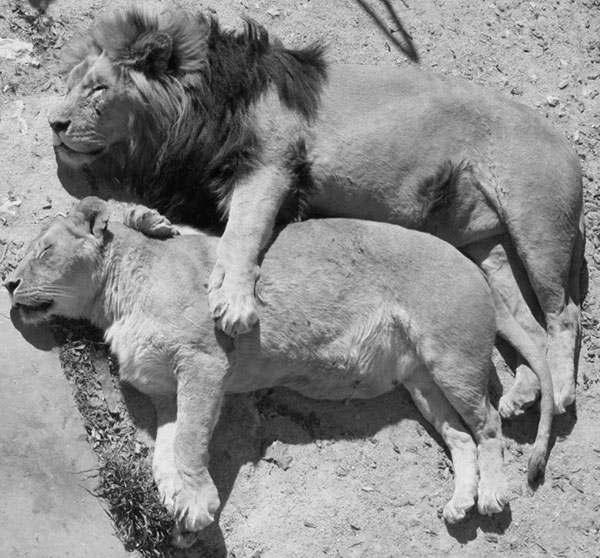 From Caged Lion
I have been with my lioness over fifteen years. For over thirty years I have been involved with power exchange; most of that time as a top. A year or so before meeting Mrs. Lion I realized I wanted to be a bottom. Mrs. Lion had never even heard of such things when we first talked. She learned to be a top. Slowly we stopped playing. Sex also diminished. We have always been best friends and love each other dearly.

Over the last 15 years I have been writing about male chastity devices and have wear-tested them for a few days at a time. Most of the devices were uncomfortable and since my lioness wasn’t involved, it seemed pointless.

That changed in January of 2014. I saw some inexpensive chastity devices on amazon.com. Based on my prior experience, they actually looked like they could work. The first I tried had a urethral tube. This tube extended about two-inches into my penis. The advantage is that peeing standing up is no problem since the flow is directed through the tube. I found the tube a bit uncomfortable to insert, but otherwise comfortable. I was uneasy, however, about leaving the tube in long term. I worried about infection. So, I tried a cage without the tube. It was surprisingly comfortable. I approached Mrs. Lion about locking me up and she agreed. That was the beginning.

I started this blog to provide a safe and useful source of information about male chastity. For years I have been annoyed by the silly male fantasies that represent the vast majority of “information” about male chastity. Worse yet, the so-called how-to books about chastity are also filled with misinformation. With my experience as a top and my current situation as a caged male, I figured the blog would give a real life view.

In February 2015 I asked Mrs.Lion to take more control. We are now in a Female Led Relationship with discipline. She has full control over me and enforces her rules with painful spankings. This is the first time in my life I have been subject to so much control.

My hope is that we can help others get honest and accurate information.

From Mrs. Lion
I met the love of my life over fifteen years ago. As Lion said, I had no experience or even knowledge about this lifestyle. I did things to him, for him. He was always hopeful that I would be turned on by them. So far it hasn’t happened. But I enjoy making him happy. When he approached me about male chastity I thought it was just another thing to do for him. I was sure he would want to quit in a matter of days. Four years later we are still doing it. I’m learning as we go. We’re learning as we go. And that, to me, is the most important part of the process.