Sometimes Lion wonders why I’m also naked around the house. He has to be. I don’t. So what’s up?

I don’t even remember why I started it. I guess it was because we were always in bed or doing something sexual and it just seemed easier to be naked. At some points I think it’s because I don’t want to dirty clothes when I come home from work. I tend to be hotter than Lion so having fewer clothes on is a good thing. Other times I think it’s because we tend to hang out in the bedroom and being under the blankets together is more conducive to snuggling.

When I come home from work, I generally leave my undies on and put on a T shirt. It’s usually a ripped T shirt that isn’t good to wear in public anymore. I don’t care if it gets stained. I guess it’s the equivalent of women who wear sweatpants. Guys always think those are so sexy. Not. When I get too hot I take off the T shirt and, after my shower, the undies go away. Today is another snow day so I just have a ripped T shirt on.

I’ve tried wearing clothes around the house. Since we’re in the bedroom most of the time, my jeans tend to scrunch up the comforter. It’s not as easy to move around. It’s warmer in the bedroom so I usually need to shed clothes. I’m down to a T shirt and undies before long anyway.

Lion has said he likes when I wear clothes and he’s naked. I guess it shows that I’m more dominant. I’ve never donned any leather or lace and I can’t imagine doing so. I assume one or the other would be more of a turn on for him. Maybe not. He tends to like women with no make up who are outdoorsy. Maybe my ripped T shirts do it for him. [Lion — They do!]

The point is, I dress how I dress because it’s convenient for me. I’ve gotten used to Lion being naked and my being half naked. It works for us.

I’ve toyed with the idea of getting a sign for our yard that says “Clothing Optional”. There have been a few UPS guys and at least one mailman who have gotten an impromptu peep show while delivering packages.

Lion doesn’t know why I’m naked at home. We’ve had this discussion before. When I get home from work I get out of my work clothes. Unless we’re going out, I either stay naked or grab an old T shirt. Ooooohhhh, sexy. An old T shirt. Yup. And there are usually a bunch of holes in it. I also usually leave my undies on if I have a T shirt on. But why naked at all?

The main reason is that I don’t have a lot of clothes so I don’t want to get redressed and dirty up clothes that don’t need to be dirtied up. I don’t have pajamas because we don’t wear pajamas to bed. The other reason is that I get hot. Sometimes even being naked and wearing slippers is too much for me. If I have a T shirt on it’s intolerable.

I’ll find some clothes that won’t be too hot. I’m not sure what Lion is looking for in terms of clothes for me. Do the T shirts work? If I wear shorts with T shirts, does that work? Clearly we’ll need to have a discussion. 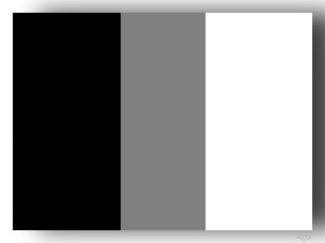 As I’ve mentioned before, the first rule I was given long before we even lived together, is that I be naked when at home. I’ve faithfully followed this rule any place where we are alone. That also goes for our trailer. I’m naked whenever we are inside.

Over the years, I’ve noticed that Mrs. Lion almost always undresses when she gets home from work. She’s nude as much as I am. This always puzzles me. She wasn’t a nudist when we met or were first together. Now, at least at home, she usually is.

On this trip, however, she’s remained dressed except at bedtime. A big reason, she says, is that she takes the dog out and it is more convenient to remain clothed. Whatever the reason, I really love that she is dressed and I’m not. The contrast between my nudity and her being clothed sets up a contrast that enhances my feeling of submission. When we are both naked, there is a feeling of equality.

I know that other guys like CFNM (Clothed Female, Naked Male). The main reason I suggested the nudity rule was that I like the contrast. Another reason is that I thought it would keep my bottom available for discipline when needed. That hasn’t turned out to be very useful. I’m almost never spanked on the spot.

Years ago, when Mrs. Lion kept her clothes on, the kitchen paddle got frequent use. I don’t think it’s been used more than once in the last five years. Spanking has become a late evening ritual after Mrs. Lion’s shower. It rarely occurs before 9PM.

I’m not complaining; not exactly. I’m a little nostalgic for those kitchen spankings. They hurt like hell, but reinforced my vulnerability. I think that’s also what attracts me so much to CFNM; I’m vulnerable.

All this is internal. I’m not sure Mrs. Lion even realizes these changes. These are the sort of things that happens to everyone. You could attribute Mrs. Lion’s nudity to entropy. I think we are subject to this force. The lack of impromptu spankings, while not entropy, may just be force of habit. Work days are hard. The last thing a tired lioness wants to think about is spanking her lion. She wants dinner and a chance to veg out.

That’s reasonable. I understand. Black and white blend to grey. I think that I am very lucky that our power exchange lives on. If the only cost is mutual nudity and loss of unscheduled spankings, I think we are doing very well. It’s just funny how a vacation trip when the contrasts return can trigger such a strong response in me.

In this morning’s post, Lion brought up a few interesting topics. The first, being part of a community, is difficult for me. As an introvert, I have a hard time in social settings. I’m not even very comfortable with after work activities. One of my coworkers is getting married and we had a small get together the other night. It’s not that I don’t like my coworkers (although there are a few…). I just don’t have the social butterfly gene that my older son and daughter have. The second, his wanting me to be clothed around the house while he’s naked, got me thinking.

When we first got together it was specifically for play sessions. He was naked. It made sense that I be naked too. After all, the sessions usually ended in sex. When I moved in, we slept naked. My clothes were in another room of the house. I usually didn’t get dressed until I ventured in that direction. In my life before Lion I stayed in pajamas (usually a t shirt and shorts or sweatpants) until I needed to leave the house. I didn’t run around naked because there were kids in the house and you never knew who would show up at the door.

Since we spend so much time in the bedroom, watching tv, eating, etc., it’s more comfortable to be bottomless. And I usually feel hot. My skin may feel cold, but I feel very warm. When I come home from work I shed my work clothes and put on a t shirt. No bottoms. First of all, I don’t have that many clothes. Second, why make any more laundry than necessary? Third, I’ll probably be hot in a few minutes anyway. So let’s just cut to the chase and stay in a t shirt and undies. And, by the time the nightly edging comes around, those will be tossed. I work up a sweat playing with my Lion.

Lion has told me in the past that he likes it when I’m clothed and he’s not. I try to accommodate him, but I can only go so far. Unless he thinks a sweaty Mrs. Lion is sexy. I we turn down the heat so I am comfortable then he’s too cold. I don’t know how people play in leather outfits. I would be a puddle by the time I got all dressed. Anyway, until I find clothes that feed Lion’s fantasy of a clothed female that also feeds my need to be cool, I’m going with clothing optional.

Our posts are also available as podcasts from Apple Podcasts!
Alexa can play our posts too. Try: Alexa, play the latest Male Chastity Journal podcast from apple podcasts. Click to visit.