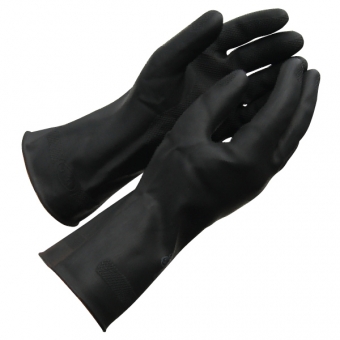 I realize that based on the title of our blog, we should be writing mostly about enforced male chastity. Well, after nearly 4,000 posts, one would assume that we’ve said pretty much all we can on the subject. That’s not entirely true. We keep learning new things and trying new devices. However, our most recent activity has centered on the flip side of my body: my butt.

I always found inserting and removing butt plugs very uncomfortable. Once they were nestled safely inside me, it felt good. Okay, training isn’t about that good feeling. Instead of just inserting the plug and letting it marinate, it’s inserted and then removed immediately. It’s reinserted and removed again. Essentially I’m getting pegged by a butt plug. Mrs. Lion started with a small size (Thank goodness!) And gradually moved to larger and larger sizes.

The first time and went in I was as uncomfortable as ever. When it came out, ditto. The next time, which occurred only a few seconds later, was much easier. It didn’t take very long before there was no discomfort at all. The reason for this is that the plugs taught me to voluntarily relax the sphincter so that the plug could move in and out without hurting me. Aha! I was learning to be in direct control. Well, not entirely. I can’t open my butt on command. But, it knows what to do when something comes knocking.

Anyway, on Friday I asked Mrs. Lion if she would like to try fingers again. She agreed and that evening instead of plugs, she used her fingers. Unlike my previous experiences, it didn’t hurt at all. It was a little uncomfortable at first, but then just a mild stretching sensation. I kind of liked it. When Mrs. Lion was done, I asked her how many fingers she got inside me. Initially she said three. Then she corrected herself and said, “Four.”

Wow! We never got near that before. Four fingers! Holy crap! I took them comfortably. When we talked about it we expressed how surprised we were at this success. Adding the thumb isn’t going to be immediately easy, but we both agreed it’s very likely she would be able to get her entire hand in within a reasonably short time.

She mentioned that it would be nice if they made longer rubber gloves. The ones we have just go to the wrist. This isn’t enough if she is going to get her entire hand inside me. I suggested she do a search for long gloves. She did and found 12 inch and 18 inch long gloves on Amazon. I ordered a box of 12 inch. This should be perfect for when she wants to go in gloved.

I guess this goes to show that you really can teach an old lion new tricks.