No Sex, No Hair 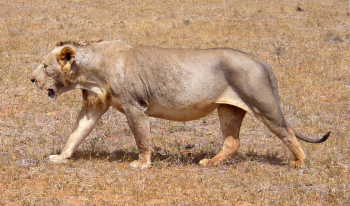 So far this weekend has been an old-settled-married-couple time. Saturday was sleeping late, watching TV and hot dogs for dinner. Mrs. Lion and I snuggled and she tried to get my motor runnng. I couldn’t get very excited even after she brought out the power tool. She said it was because it was just a couple of days since my last orgasm. It had been three days; more than enough time for me to get up a fill head of steam. I suspect it was the hot dogs. They give me the farts. Sex hasn’t really been on my mind much. I know, I know, I’m supposed to be horny all the time. Well, if you’ve been reading the blog for very long, you know I go through highs and lows in terms of sexual interest. This could be a low, or it could be the hot dogs.

Meanwhile, we are enjoying each other’s company. I have been worrying about work. It isn’t that anything is actually wrong. It’s just that my job is very self contained and I don’t get much feedback from management. Of course, if I weren’t doing a good job I would get lots of feedback. Well, Friday I got very positive feedback. How nice. I haven’t traveled since January. I like being home but I also miss the trips cross country. Still, it’s really nice to be home. Our climate is largely unaffected by global warming, so our summer was mild and sunny. Now we go into nine months of cloudy rainy weather. Oh joy!

I’ve been reading other blogs. I love following what others are doing. Sadly, a lot of bloggers aren’t writing as often as they used to. I miss their voices. One blogger, whose “facts” are questionable to me, wrote about prostate milking as a way to clear out the pipes. That’s a sure sign that I am reading fiction. So-called prostate milking is massaging the prostate gland. Doing this is supposed to generate ejaculation without orgasm. It’s true that massaging the prostate will produce a few drops of liquid. My urologist “milked” me to get a sample for testing.

One reader commented that his wife wasn’t successful waxing him. Waxing is a skill. You can’t just do it. Mrs. Lion and I have watched videos and we have the proper supplies. I’ve been waxed twice. The second time was better than the first in many ways. Before the session next week, I’ve asked Mrs. Lion to rewatch the “Hollywood” waxing video and reviewing the leg waxing one as well. These videos are essential I think. You can learn anything on the Internet. Take it from me, your hairless lion.