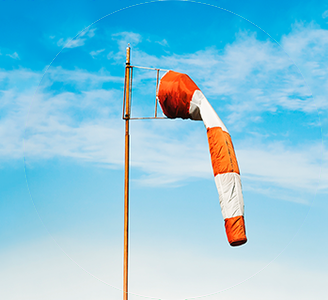 After more than four years into this, the day has dawned. Sexual control includes orgasm denial and control, but it’s so much more. Sexual control implies any sexual use of the penis. The most frequent expression of male sexual activity is the erection. It’s easy to learn to enjoy simply being hard.

I thought there was no real harm in idly playing with my penis so long as I didn’t get close to ejaculation. I’ve had lots of chances since up until Thursday night I’ve been wild. Mrs. Lion didn’t seem very concerned about it either. Certainly, a little dick twiddling is harmless. Or, is it? I realized that our agreement was about orgasm control. So long as I don’t ejaculate without Mrs. Lion bringing it on, I was being a good boy.

However, Mrs. Lion refers to her ownership of “her weenie”, not its orgasms.  It’s true that she has given me every single ejaculation since 2014. But when wild, I’ve had lots of erections that didn’t involve her. No rules were broken. But she really doesn’t have sexual ownership; just orgasm control.

After my long run of being wild, we both realized that the absence of the cage diminished her sense of ownership.

I know what you are thinking. If I had stayed locked up, there would be no loophole. That’s not entirely true. I still had unspoken permission to sexually touch so long as I don’t approach ejaculation. If Mrs. Lion left me wild, then I could sexually touch. Her weenie was legally available to me for limited fun.

That dilutes her ownership. Shouldn’t the only hands that sexually touch it be hers? Isn’t the only function left to me, urination? Even cleaning if it involves touching can be arousing. I realized that I need a clear line between what’s hers and mine. My interpretation is that anything with even the potential of being arousing belongs to her and her alone. I can only access it to pee. I can also clean it so long as I don’t actually touch.

Because of my nature, this has to be an all-or-nothing arrangement. Hands off means no touching ever. My bare hand should never touch her property. Of course that can’t be 100-percent true. I am responsible for putting on and taking off my base ring. That activity is always supervised. So, I guess the real rule is no touching without permission.

That makes sense to me. If she owns it, she can allow me access if it suits her.

The big, remaining question is whether actively enforcing no touching will make managing me too much work. I think that in the beginning it will add work. It will take some time for me to actually learn to never touch. That means the cage needs to be in place whenever Mrs. Lion isn’t directly involved with her weenie. In practice, this won’t really be much more to do. But it will require much more attention to locking me up immediately after she is done.

I think that enforced male chastity isn’t just about orgasm denial. It’s about penis access. My Lioness is the only one who can access my penis. Period.