By:
In: Communication, Female led relationship with discipline, Mrs Lion Comments
With: 0 Comments 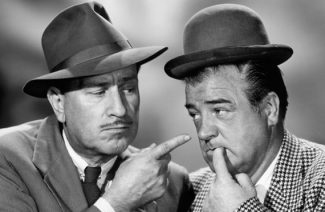 Why don’t I feel like I’m in charge sometimes? Consider this morning. The dog woke me up from a sound sleep at 7-something. Of course I’m the one she wakes up. I’m the one who wakes up. I manage to get back to sleep only to be woken up an hour or so later. This time Lion is awake too. It appears we’re both awake for good. The dog won’t go out. I go crawl in bed again and ask Lion if he’s hungry. He says no and asks if I am. When I say no he says he’ll make the French toast in a little bit when we’re hungry. I specifically asked if Lion was hungry rather than asking if he was making the French toast or if I was because of our issue with pancakes for dinner. He said I didn’t want to make the pancakes because I asked which one of us should make it. I was perfectly happy to make the pancakes then and I would have made the French toast this morning.

Lion rolled back over, I assume, to go back to sleep. I’m awake. I decide to go downstairs to check email and maybe start my post. A few minutes later Lion is up making breakfast. Okay. Maybe I was wrong. He wasn’t going back to sleep. Then he’s snarkily asking if I’m coming upstairs to breakfast or if I’m staying downstairs all day. I was downstairs maybe a half hour.

[Lion — That’s not exactly the way I remember it. When I noticed Mrs. Lion had gone downstairs and our dog had decided  I needed to be awake too, I got up and made breakfast. I wasn’t being snarky. I had said that I was cooking french toast today.]

For some reason we’ve been passive-aggressive toward each other lately. I feel like I need to walk on eggshells so I don’t incite anything. I’m not sure what’s going on. I’m not trying to aggravate him. I do snark back when I’m feeling particularly attacked. I suppose in a female led marriage with domestic discipline I should just grab a paddle and start swinging but I’m not inclined to do that if there’s something going on other than toddler behavior. If the butt-whomping a little over a week ago really had an effect, shouldn’t this type of behavior have stopped? Am I doing something that elicits his behavior? Obviously we can’t talk in the midst of our Abbott and Costello routine. We’ll have to find another time to talk.