By:
In: Punishment
With: 0 Comments 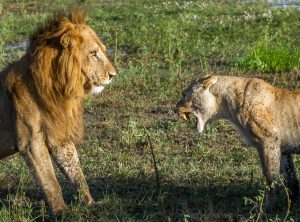 We wound up not going to see Star Wars this morning. After hearing about the throngs of people who’ve been mobbing theaters for the past few days, we decided we didn’t really want to get up early on a Saturday to fight for parking to see a movie we really don’t care about. Instead, we’ll go shopping to fight for parking to buy food we sort of need. Actually grocery stores aren’t mobbed yet. They’ll get that way closer to Christmas.

Lion posed an interesting question the other day that I never addressed. He wondered, in light of my idea that he would get punished for any untoward comments made at the movie, if he could make a lot of comments and still just be punished the one time. Seemingly one spanking would take into account one comment or a spree of comments as opposed to the training collar which could be used to zap him once for each comment. I hadn’t really thought about it. However, I could add to the spanking. If the punishment for one comment was spanking then the punishment for two comments could be spanking plus corner time. For three comments it could be spanking plus corner time plus mouth soaping. Four comments could be spanking, corner time, mouth soaping and tiny clothespins on the head of Mr. Weenie. The list could go on and on. 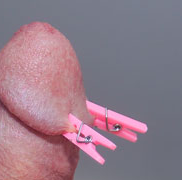 I assume Lion would not want to risk sitting in the corner with a sore butt, on the punishment stool, on the welcome mat with soap in his mouth and those nasty little clothespins on my weenie. Yes, that’s a lot to happen all at once but would it be any better if the tiny clothespins happened after corner time and mouth soaping? I might give him a choice of how he wanted it to happen but wouldn’t it be a better choice to not make the comments at all and avoid punishment altogether?