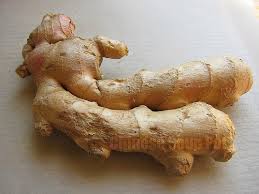 Lion worked from home yesterday. He said he was freezing all day. He’s been wearing a sweatshirt around the house. I know he hates the sweatpants we got him to wear when he couldn’t wear a belt or suspenders after his surgery but I think he should be able to wear them around the house when it’s cold like it has been for the past week or so. Yes, there is a rule that he has to be naked in the house but I’m not heartless. Unless he considers making him wear the evil sweatpants being heartless.

If I remember, and Lion can help remind me, I could use some ginger on him. We go to the trouble of buying ginger and then we both forget it’s there. I’m sure Lion would rather have ginger in his ass than menthol (or worse) on his balls. The other day he wondered why I always put the menthol on his perineum where it hurts more. I told him I could put it on his ass if he’d rather. Nope. He didn’t. The reason I didn’t put it on his balls on Saturday was because I’d just shaved his balls and I’d nicked a few spots. The menthol would have been even worse if it hit those spots so I avoided the entire area. Sometimes I’m nice to him. [Lion – For the record, Mrs. Lion used a capsaicin rub on me; not menthol.]

For the record, I didn’t notice any difference in Lion’s erections on Saturday or Sunday. I do love when he’s super hard. I don’t know if he was and it didn’t register with me or what happened. I was just happy to be sucking him I guess. Then I got the bonus ejaculate. Yum!