One Sure Way You Know You Are In A FLR

By:
In: Female led relationship with discipline, Lion's Journal 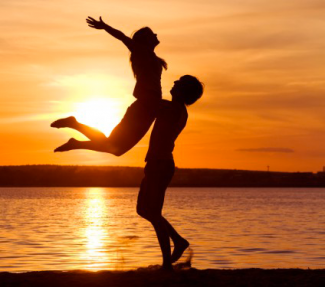 I flew back home yesterday. During the long flight, I thought about my recent post listing five ways you know you are in a FLR relationship. I was serious about those reasons, but i realized that there is actually one and only one way you can truly tell.

A FLR, especially one with discipline, almost always starts as a role play. The male suggests he likes something submissive. In my case, it was chastity and spanking. His partner agrees to play. If this continues for a long time, it doesn’t mean there is a FLR. It’s absolutely possible for people to do serial role play forever. One partner (guess which?), comes to believe the roles are real. They are sure they are in a FLR.

As far as I can tell, the only true test of the role play vs FLR is how the woman thinks of what they are doing. It’s hard to deny that this is the one true test.What’s trickier is that I am sure there are many, perhaps including my lioness, who persist in believing they do role play, may have crossed the line into a FLR. I’m not writing this to convince anyone they are in a FLR. I think it is just good to step back and take a longer view.

This is how I see my power exchange.

For a long time, I thought of my enforced chastity and FLR as sexual role play. I am aggressive and dominant in life. My nickname has stuck for over two decades. People who know me feel it fits very well. I’ve been the leader in our house as long as we have been together. It works well for us.

The change was driven by the roles we play. Now that we are in our fourth year of enforced chastity, Mrs. Lion accepts my submission and her role controlling my releases. So, in a very narrow sense, she is sexually dominant. She accepts that.

Again, I asked Mrs. Lion to take charge. She didn’t like that idea at all. So, at first, we narrowed it down to me being required to obey rules she makes. Failing to obey resulted in a spanking. This was difficult but more limited than expecting her to become the supreme ruler of our relationship. For a long time, she failed to notice infractions. When she did, she often failed to punish me.

It was clearly role play.

Over time, she became much better at observing infractions an made sure I was punished most of the time. That’s where we are now. Punishments are more severe. I expect they will get worse as time goes on. Occasionally, I am punished for doing something that is not a rule, but Mrs. Lion feels needs correction. She has written that she is planning to come up with things without my help. I am grateful for this effort.

But, it is still role play.

It is a true FLR when she accepts as her natural right to assert her control over any area of my life. She doesn’t have to consult me. She just steps in and takes charge.

The key is very simple. You are in a FLR when the dominant female believes and acknowledges she is in charge.

In our case, we are on a path that works for us. I don’t think it matters how it is labeled. What does matter is that we are both happy with how things are going.

I am very happy.