5 Tests To See If You Are In a FLR

By:
In: Female led relationship with discipline, Lion's Journal 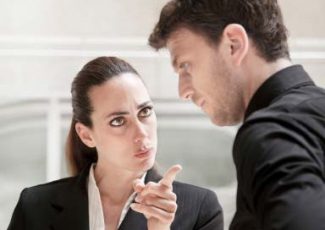 I don’t think the mat will slip off the stool. There is some very coarse sandpaper glued to the seat. If she feels the need for a better attachment, we have some industrial Velcro in the camper (in the drawer under the stairs, Sweetie). A bit of that should do the trick for sure.

Some people say our relationship is not truly a FLR. The vast majority of the time we are partners. We consult as well as make individual decisions. But, we aren’t quite vanilla either. On any matter she chooses, Mrs. Lion can put down her paw and overrule me. Sometimes, she carries a paddle in her purse to help me remember she gets the last word. And, she knows how to use it.

Some people like rituals. They want to address each other in role-supporting names, like Mistress, or Queen. There is nothing wrong with that at all. It’s not us and it isn’t required in a FLR.

There is no set definition for any of this stuff. I’m suggesting that if you do fit into the model, you may be able to have more fun by acknowledging it. Besides, I always wanted to write a list post with 5 somethings that mean something. Indulge me.

[Mrs. Lion – Ironically, I asked Lion to buy a Powerball ticket because I thought it would be funny if we won something from opposite sides of the country. I forgot that his conference ran later Wednesday so he really can’t go buy a ticket. But at first I was annoyed. It seemed like a simple enough request. I went out of my way to buy one here. He could go out of his way to buy one there. Once he reminded me of his schedule it made sense. I still teased him in an email: “I still think you should go get one. Not that it matters. It won’t win. But because I asked you to. Do I have to meet you at the airport with a paddle?”]

[Lion – I wrote her that it would be a good idea to meet me with a paddle. She replied that she would have the hairbrush paddle in her bag. Uh oh, back-of-the-truck, airport spanking?]