I Want To Be Tamed. That’s My Secret 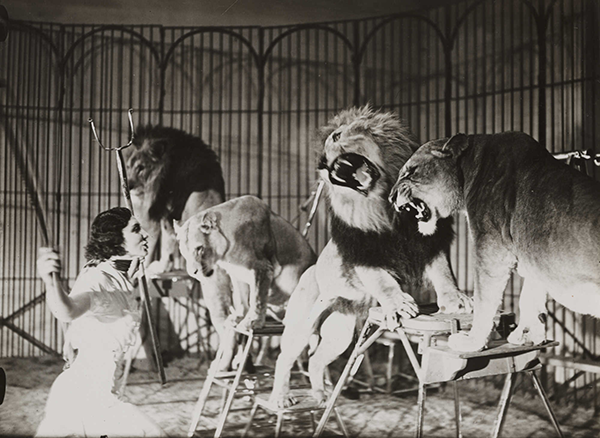 I had a post written for this morning. I wrote it yesterday afternoon. It was all about whether chastity is rational if I had no libido. I concluded that it still worked since enforced chastity isn’t so much about sex as it is about control. All that is true. I suppose with some editing, that post would still work. But then, after her shower last night, Mrs. Lion said it was time for my spanking.

I replied, “Didn’t you write in your post that you would think of an alternative punishment?”

“Did I think of one?” she responded.

She walked to her paddle rack and selected a leather paddle. It’s medium-weight and can be a lot of fun in a play spanking. I noticed her selection and felt a little less concerned about what was to happen.

She did a nice job of warming me up. Mixed in with medium swats were some real stingers. I yelped each time one landed. Eventually, she stopped and returned her paddle to its place.”Time to stand in the corner,” she announced. I sighed audibly. I got up and moved to the corner. She muted the TV and told me to stay. I said I would.

She went to the kitchen to take care of some chores. I stood there looking at the wall.

The strangest thing happened. I could feel a stirring. I looked down and my penis was slightly hard. Wait a minute! It’s been a week since I got an erection and now I get one because I am standing in the corner? No, that’s not how it’s supposed to work.

I know what you’re thinking. You think I got hard because I’m really submissive and that erection was unmistakable evidence of it. No, that isn’t the case at all. I’m not submissive by a long shot. If you don’t believe me, ask Mrs. Lion. What I am is…complicated.

Eventually, Mrs. Lion released me from the corner. We had some watermelon and then snuggled. I told her about my resurrected penis. She began fondling it. It responded. It didn’t take very long for me to sport a full erection. She edged me a few times and observed that things were working fine. Then she took me in her mouth and I had a great orgasm. Son of a bitch! I’m not broken.

If I’m not submissive, how do I explain my reaction to being punished? The answer is simple: I get turned on when I feel that I am controlled. That is very different from wanting to submit. It’s almost the opposite. I want control taken from me. Tie me up. Spank me. Make me stand in the corner. I want to feel your power over me. That’s the turn on.

Of course. My sexual fantasies have always contained an element of being forced. Submitting is just the opposite. I want rules that are enforced by punishments that force me to obey. I don’t live to obey. I have a dominant personality. Mrs. Lion knows that. Now, so do you.