Sometimes I get frazzled. Lion has a lot of ideas and sometimes he’s very adamant about them. I allow him to overwhelm me. When we haven’t been sleeping well and I’m tired it gets worse. The other day he was adamant about how to make the iced tea, how to cover the punishment stool, and that his balls need to be tied back through his legs when he sits on that stool. By yesterday morning I was done with suggestions. I didn’t want to hear what I should be doing. I didn’t want to look at any panties he found. It took quite a while to get back to normal.

Despite not wanting to hear anything, I did get suggestions that whomping his butt would make me feel better. I doubted it. It hasn’t so far. Why would last night be any different? Still, he did need to be punished for making me feel bad. He needed to know that what he was doing will not be tolerated. It may take me a day or two to get my legs under me, but he will be punished for making me feel bad.

We had a lot going on last night. A few chores needed to be done. A Lion needed to be whomped. And Lion was ever so helpful when he offered to forgo punishment so I wouldn’t be so busy. What a guy! I’d already decided he’d get spanked and then spend some time on the stool in the corner. I was thinking of soaping his mouth, but then I came up with an idea Lion would dislike more.

I whomped him with the hairbrush paddle (image, right). It’s a handy size, but heavy, solid wood one-half-inch thick. I got into his crack with it. His shoulder was hurting so I stopped a few times so he could get more comfortable. In the end, it probably wasn’t a bad spanking. No bruising. No blood. His buns were quite rosy though. I was concerned about his shoulder so I stopped. I brought in the stool (below, right) and put it behind the door. I told him to sit there in the corner and think about making me feel bad. And he should think about why he wasn’t going to be unlocked too. He’d told me he was very horny earlier in the day. I knew he wouldn’t want to stay caged. 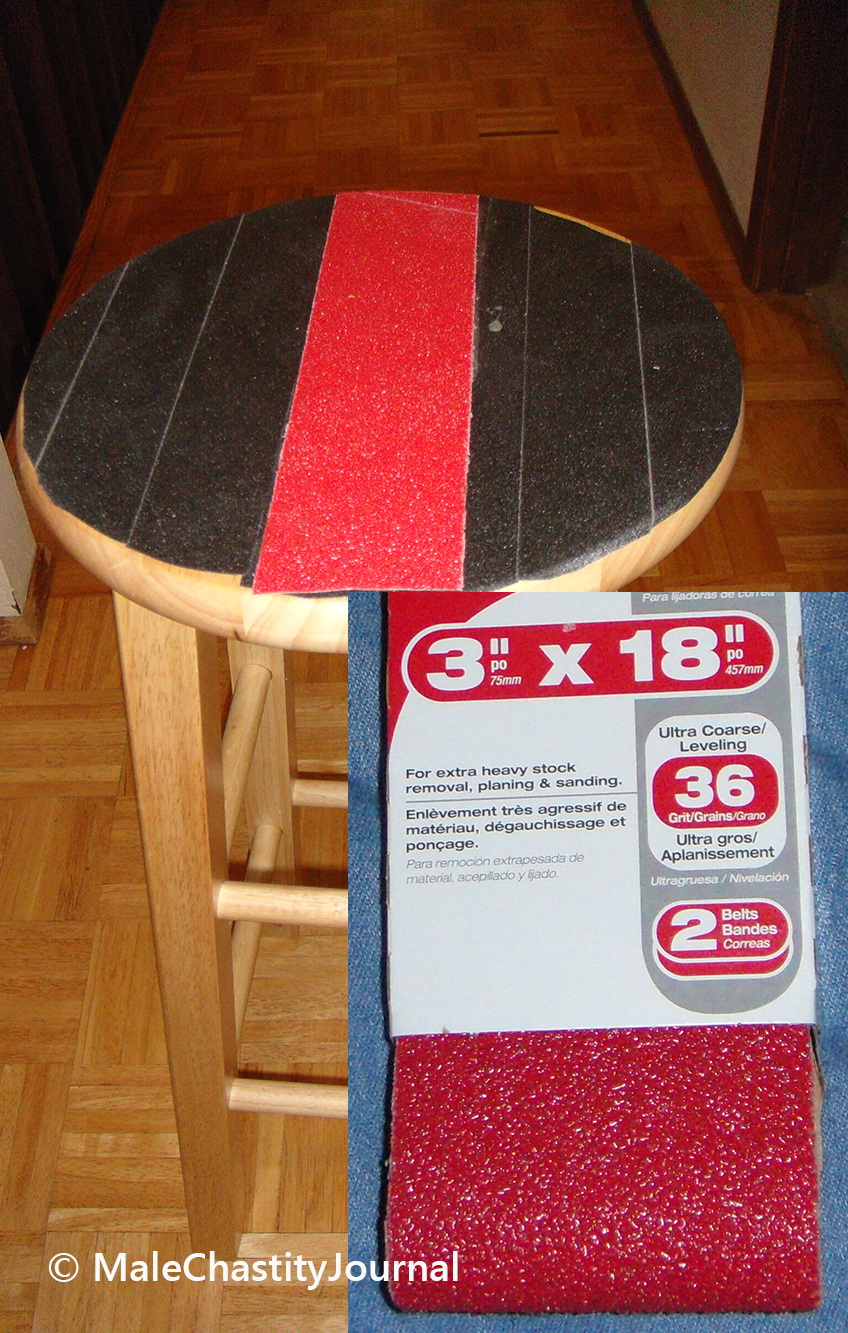 Silly boy that he is, later on he told me that I should have put him across my knee to spank him and that he probably shouldn’t ever be unlocked after a punishment. He really needs to stop with the “shoulds”. Wasn’t it “shoulds” that got him into trouble in the first place?

As predicted, it didn’t make me feel better to spank him. I’m still concerned with where I should hit and where I shouldn’t. How hard. How long. Plus, I don’t want to hit him when I’m angry at him. I know there’s little chance I’ll actually hurt him and I know he won’t hate me for hitting him, but I just don’t like the idea of hitting him when I’m angry. Call it one of my hard limits. Non-negotiable.